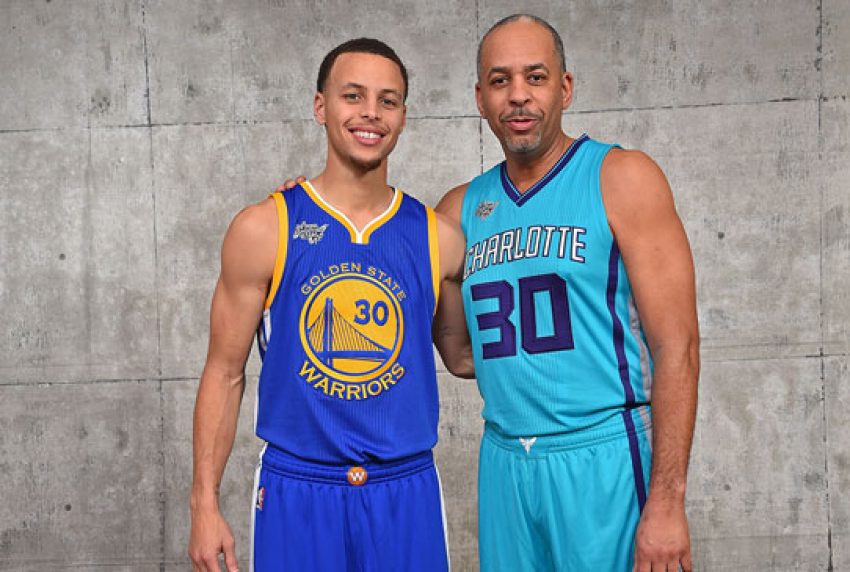 We sat down with (and by ‘sat down with’ I mean ‘e-mailed back and forth with’) our good buddy Heath over at Dad Kingdom.  Dad Kingdom is an awesome site for both Dads (like me) and non-Dads (like Ryan).  It has an in-depth look at Fantasy Football, thoughts on beer and home brewing, car reviews, house project ideas, tools, thoughts on being a better Dad and on and on.  It’s almost Heath and his cohorts over there are fully realized human beings with myriad interests and not basketball obsessed crazies like us.  Anyway, here are our predictions for the upcoming season.

Last season, the Knicks, Nets and 76ers were the worst teams in the East. Which one has the best shot at an appearance in the ’17 playoffs?

Jay (California Stars): Everyone is picking the Knicks if they stay healthy and they’ve got a real shot at the playoffs. So prepare yourself for ESPN to lose their collective minds when New York finally has a basketball team that can win. However, if Rose and Noah get injured (which is extremely possible) or if Porzingis has a sophomore slump the Knicks will stay “the Knicks.” I don’t believe in the 76ers yet. They have no PG and Brooklyn is still a meteorite crater of a basketball team. So yeah, Knicks are best bet here.

Ryan (California Stars): The Knicks. The Nets have no players and Philly needs another year to figure it out, so the Knicks by default. I’m a big believer in D-Rose, and really think they can be a top 4 seed in the East IF him and ‘Melo stay healthy.

Heath (Dad Kingdom): You’re not supposed to believe in the 76ers, Jay. They don’t even believe in themselves. At least Ben Simmons is accustomed to being on a bad team (LSU) where he can goof around and get on Sportscenter a few times. The Knicks is the only real answer to this question. Seriously though, what are the Nets doing? They’re like the Israelites lost in the desert.

Same question for the West: Who can turn it around and make the ‘17 playoffs? Lakers, Suns or Timberwolves?

J (CS): [Jim Cramer voice] BUY ALL THE TIMBERWOLVES STOCK YOU CAN!! I love this team so much I might move to Minnesota.

R (CS): I really want it to be the Lakers. But as a realistic fan, I know we have a couple more years to go with this young core. That being said, the T-Wolves are the most intriguing team here. Can their ridiculously athletic young guys gel and make a run? With Kris Dunn eventually replacing pretty Ricky Rubio, and Thibs at the helm, I think the answer is “Yes they can.” They’ll at least be fighting for that 8th spot come the last week of the season.

H (DK): I don’t think it’s crazy, Ryan. The Lakers could do quite well if Ingram can contribute and they focus on basketball instead of Kobe’s farewell tour/circus. But, alas, I have to agree with you guys. The Timberwolves are the best bet to make the playoffs.

Other than the Warriors, what team(s) are you most excited to watch this season?

J (CS): As stated above, I’m super into the ‘Wolves. I’m also into the Bucks because it looks like they’re going to let Giannis run the point and position-less basketball is my new obsession. For the sake of pure comedy, the Kings are going to be a glorious disaster.

R (CS): The Lakers. Am I allowed to say the Lakers? If not, it’s definitely the Thunder. Russ will play like something we have never seen before. But even aside from his vendetta, I like what OKC has done with the roster and the addition of Oladipo. They won’t contend for a title but they’ll still be competitive and fun to watch. I can’t overstate how stupid Russ is going to be this year. Tune in often!

H (DK): You gotta rub in that Oladipo trade, don’t you, Ryan? I hate being a Magic fan. but they’re still my home team and I’ll watch them. Just to throw out a team that hasn’t been mentioned yet, I think the Celtics will be good with Al Horford. The C’s gave the Hawks a good fight in the playoffs and I think they’ll take the next step. I’m also interested to see what happens in Chicago. If the wheels fall off for Wade, Valentine could be a ROY dark horse!

The Spurs quietly won 67 games last season and haven’t won fewer than 50 in the 21st century. How many do they win without Duncan? Over/Under 54.5 wins.

J (CS): Over. Life has taught me to never doubt Pop. The Spurs still have issues at point guard but Aldridge and Kawhi will still make this a top level team defensively. The west is quietly not as good as you think it is [Houston is a mess, the Pelicans can’t stay healthy, OKC is Durant-less, the Lakers are rebuilding, the Kings are attempting to build the first all-center team…] and it is in that kind of chaos where we will look up and say “Oh yeah, the Spurs won 58 games.”

R (CS): The Spurs will win 49 games this year. Manu and Parker are done and Pau is a traitor. I do like Kawhi though. He and Aldridge can win 49 games all by themselves.

H (DK): I’ll go slightly under. I still think they’ll make the playoffs for the bazillionth year in a row, with 50-ish wins, but it just won’t be the same without the Big Fundamental.

On different teams Curry and Durant finished 1st and 3rd in scoring last season, combining for 58.3 PPG. How much do they score as teammates? Over/Under 50.0 PPG.

J (CS): Here’s your lineup of death: Steph, Klay, Iggy, KD, Draymond. That is a nuclear bomb waiting to explode! However, a lineup that potent, an offensive machine that will destroy the league, comes at the expense of individual stats. There’s only 1 ball. None of those guys will surpass 30 PPG. This is why Steve Kerr is the most important member of the Warriors. He’s got to give everyone shots and touches, and keep the bench involved too. That being said, Kerr can stagger his lineup and put an MVP on the floor at all times. So yeah, good luck to their opponents…

R (CS): Under. You don’t want to limit Klay’s shots so there’s just not going to be enough shots out there for both KD and Steph to average over 25. I do think it’ll be close though.

H (DK): I’ll go slightly over. Barnes and Curry combined for 42 PPG last season. So, Durant will take the place of Barnes and easily push that total over 50 PPG.

J (CS): If I have to pick someone to have a better season: I’ll go with Steph, because I think it’ll take KD a while to get adjusted.

R (CS): KD will lead the Dubs in scoring.

H (DK): Durantula has taken a lot of shit this summer for choosing to sign with the Warriors. He’ll lead the team in scoring on a mission to silence his critics.

Westbrook had an incredible 18 triple doubles last season. More or fewer this season without Durant by his side?

J (CS): Over. Assuming he doesn’t get injured, expect an angry Westbrook to lead his team in every statistical category. I am beyond excited to watch him play hero ball for 82 games. If you’re into feats of strength: get a league pass for OKC and watch Russ do his best impression of Neo from The Matrix.

H (DK): Ryan, I think he’s got a better chance at the scoring crown than averaging a triple double. The only way he achieves 30-10-10 is if he rebounds his ass off every single night. That said, 20 triple doubles is realistic. Over. “Neo” indeed, Jay!

J (CS): Westbrook. Both on the court and in our hearts.

Seriously, go to Dad Kingdom.  Even if you aren’t a Dad.  Even if you’re just a guy, or a girl, or someone who is embarrassingly bad at fantasy football.