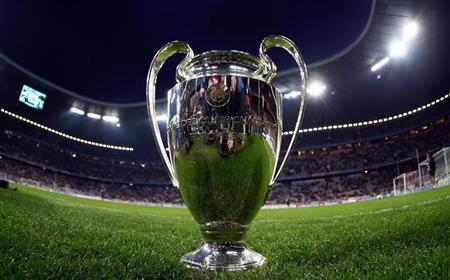 Because nothing else is going on…

First, credit where credit is due, I shamelessly stole this idea from The Ringer’s Chris Ryan who talked about this on the Ringer’s NBA Show podcast recently.  All I’m doing here is taking his idea and running with it.  I take no credit for the idea and you should all listen to that podcast and read everything on The Ringer after you’re done reading our site!

OK, so here’s how this works, in European Football, other competitions go on at the same time as the regular season.  So if you’re in the English Premier League, you play all your league games on the weekend, but if you’re in the Champions League (or the Europa League), you play those games against international competition mid-week.  Similarly there are other national competitions like the FA Cup, that also go on during the week and there are breaks throughout the season for those games as well.  This proposal is to institute two similar competitions into the NBA season.  Here’s how it works:

First, we have to shorten the regular season.

If you try to add competitions to an 82 game regular season, the players will revolt.  It’s also cruel to force them to play this much basketball.  So we’re looking at shortening the season to something closer to 65-70 games (70 is probably the right number).  You could work this a couple of ways, either by starting the season a little later, or teams playing fewer games a week (my preferred method) or by ending the season earlier.  Also, these two competitions would not necessarily both have to be implemented.  You could pick one or the other.  Or, since this is a hypothetical, you could do neither… ANYWAY:

Ok, so here’s the idea.  Take the top 16 teams from last season.  Not the top 8 from the West and the top 8 from the East, but the 16 teams with the best record.  You seed them 1-16 and run a tournament of 3 game series that runs parallel to the NBA season.  It’s essentially a playoff in the middle of the season.  At most, you’d only be playing an additional 12 games (although you could make the final a 5 or 7 game series if you wanted to add drama).

Here’s why this would be cool, first, it gives teams something else to play for.  So let’s say you’re a team like the Clippers that probably isn’t going to win the title, but there’s a chance (if the Warriors or Cleveland decides to rest players) you could win this competition.  By shortening the series there’s a greater chance for randomness, so who knows what would happen.  Second, it provides an incentive for teams to not tank.  Let’s say you’re the 7th or 8th team in the east.  Right now, there’s probably more incentive for you to trade a few assets and get a lottery pick than to make the playoffs.  But under this system the team would get more home games (which = $$$) more games on national tv (again, $$$), a higher profile, and there would have to be a compensation package for the players as well (more game checks, a bonus, etc.).  Plus, since the seeding isn’t dependent on conference, you’d get interesting match-ups that you don’t often get in the regular season.  Some teams might decide not to embrace the competition (if you were the Warriors, you’d much rather win the NBA Finals) and thus rest their star players, but other teams would be all in and you’d get super competitive games that really matter at the mid-point in the season.  The competition would wrap itself up a few weeks before the playoffs.

This is a play on the FA Cup in England.  It is essentially a league wide playoff that runs parallel to the season.  So you’d take the entire league’s record from the previous season and seed them 1-30.  Maybe the top few teams get a by?  I haven’t totally worked out the logistics.  Again, you’re playing 3 game series, but maybe you make the final a 5 game series.  Here’s why I think this is cool: since you’re going to be adding so many extra games, teams can use their D league rosters to field their team.  So, again, let’s take the Clippers.  They could use their bench and young players in the early rounds and slowly rotate in their main stars (give CP3 the first 2 rounds off, then bring him in to close it down).  Or, a team could go all in and try to try win the cup by going full strength the whole way, which might put them at a disadvantage when trying to make the playoffs, but if you were going to be an 8 seed in the playoffs it might not matter.  Take the Lakers, they won’t win the title this year, and will probably miss the playoffs, but you can build your team to compete in the ABA Cup and at the end of the year have something cool that you accomplished.

Again, there’s an incentive to take these games seriously as the further you go, the more games you get ($$$) and the players would get paid accordingly (you could also consider a bonus structure for making each new round of the tournament).  It would add playoff games to the regular season, which is always fun.  Plus, you’d get to see more young players and bench guys come in.  A team like the Warriors, with title aspirations, wouldn’t have to play Steph or Durant big minutes.  They can run their bench out there or give their D league squad a chance to prove themselves early in the tournament.  Or you  could have a team on the come up (think Milwaukee or the Wolves) go all in on winning the ABA Cup and use it as a springboard to an NBA title.

This will probably never happen because right now, all teams are guaranteed 82 games and that’s much more profitable.  But from a fan’s perspective, these competitions would be awesome.  In the Premier League, it adds a different wrinkle, as teams have to rotate their squads to be sure the players don’t die by the end of the season, so your young players and rotation guys get a shot.  In addition it increases the competition.  You may have a team that can’t possibly win the league, but they can focus their efforts on winning a side competition (note: it’s a little different because the Champions League is maybe the most important competition in sports, so teams usually focus on winning it) even though they’re out of the running for the championship.  Imagine Anthony Davis leading his team on a run in February.  Or the upstart Timberwolves putting the league on notice by hoisting the cup.  Or better yet, imagine a pressure packed Lakers – Celtics game 3 in LA with a chance to go to the ABA Cup finals on the line, in the middle of March.  Imagine a late season war between the Jazz, Rockets and Kings to try to secure the 8 seed so that they make the Champions League next season.  Instead of trading away assets to get a lottery pick, image a bidding war for a backup point guard so that a team can have Champions League play next season.

Sounds fun to me.