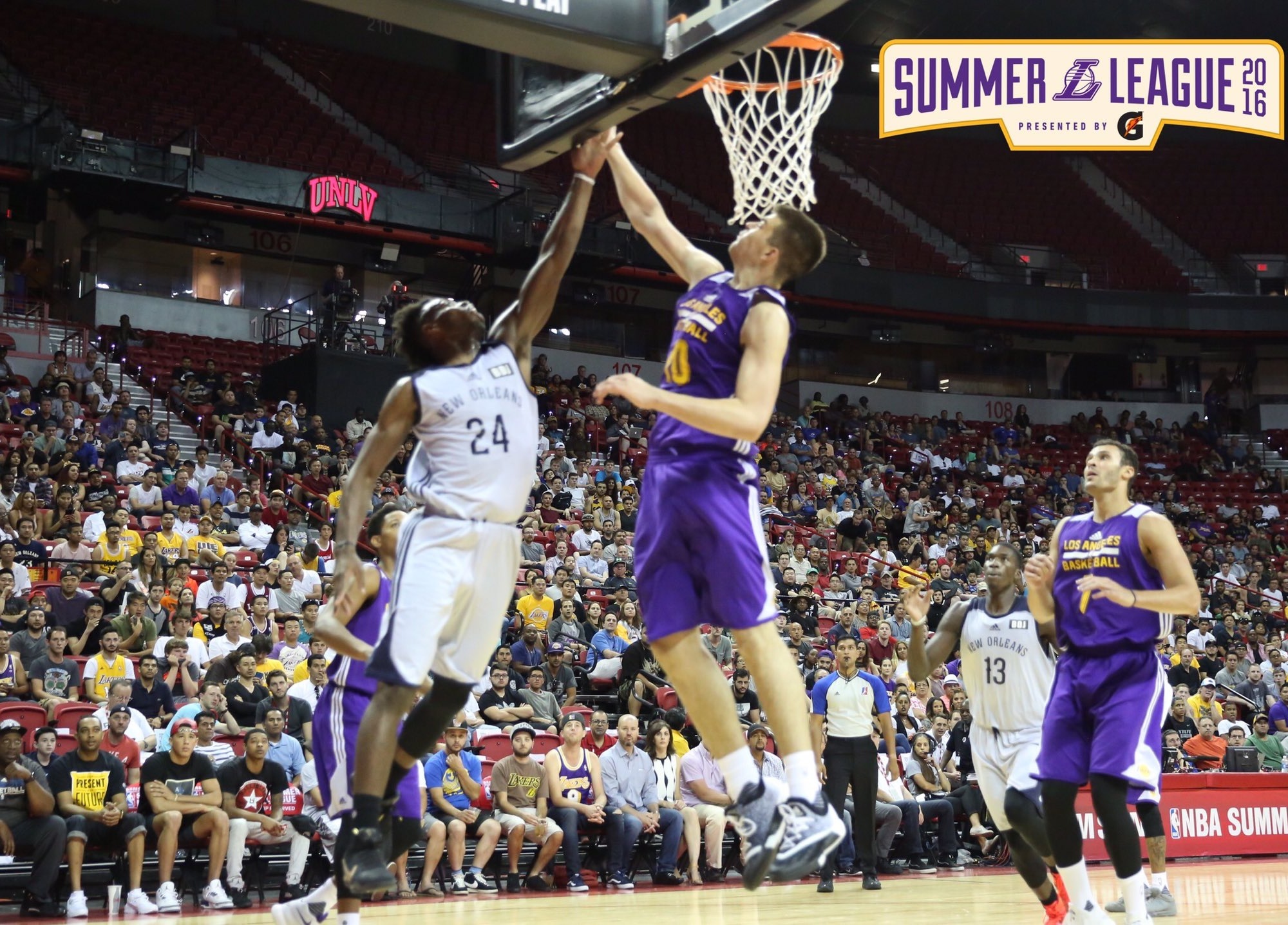 The Los Angeles Lakers dominated the New Orleans Pelicans 85-65 last night in their first game of the 2016 Las Vegas Summer League. I know it’s just summer league and you can’t draw any conclusions, but after last year’s miserable showing in Vegas, this was good to see. If anything, the rebuild is now officially fun.

.@Dloading provides the fireworks with 20 pts, 11 reb, 6 ast & 3 stl, as the Lakers open up Summer League in style. pic.twitter.com/a3ekuGJcOG

D’Angelo Russell showed flashes of brilliance, out scoring the Pelicans by himself in the second quarter and almost ending up with a triple double.

Brandom Ingram looked silly smooth on offense, long and versatile on defense, and showed the swagger that will make him a star in this league.

The looks on the faces in the crowd though… https://t.co/LKwAWFNluI

Ivica Zubac played out of his mind and showed the hustle, shot blocking, and post up game that show his potential to be a good center in this league and an absolute steal in the second round.

Larry Nance Jr. put on a show blocking shots, snagging rebounds, out working everybody on the floor, and even  showing us his improved outside shooting touch.

So Ingram and Russell are the greatest duo since Kobe/Shaq, right?