As long as Pusha T doesn’t release King Push before July 1st, here are my top albums of the first half of the year:

With all the buzz and anticipation surrounding this album, it was going to be impossible to live up to the hype. It’s not the “best rap album ever made”, but it really shows the genius that Kanye is.

Not as loud and mind numbing as Garden Window, but Endless Light achieves in showing what O’Brother has always been about. Heavy drums, loud guitars, and chilling vocals; hard to beat.

Combine rap, soul, gospel, and some funk and what you have is one diverse album. Chance tells you what he thinks and what he believes in one of the best thought provoking mix of songs ever released. 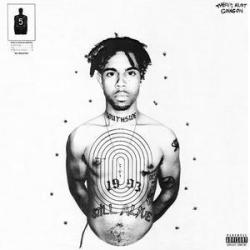 This is almost the perfect album. The messages come straight from Vic’s beliefs and life experiences. From beginning to end, its socially charged tight beats and lyrics hit you right in the gut; and it feels great.

Honorable Mentions (almost made the cut):