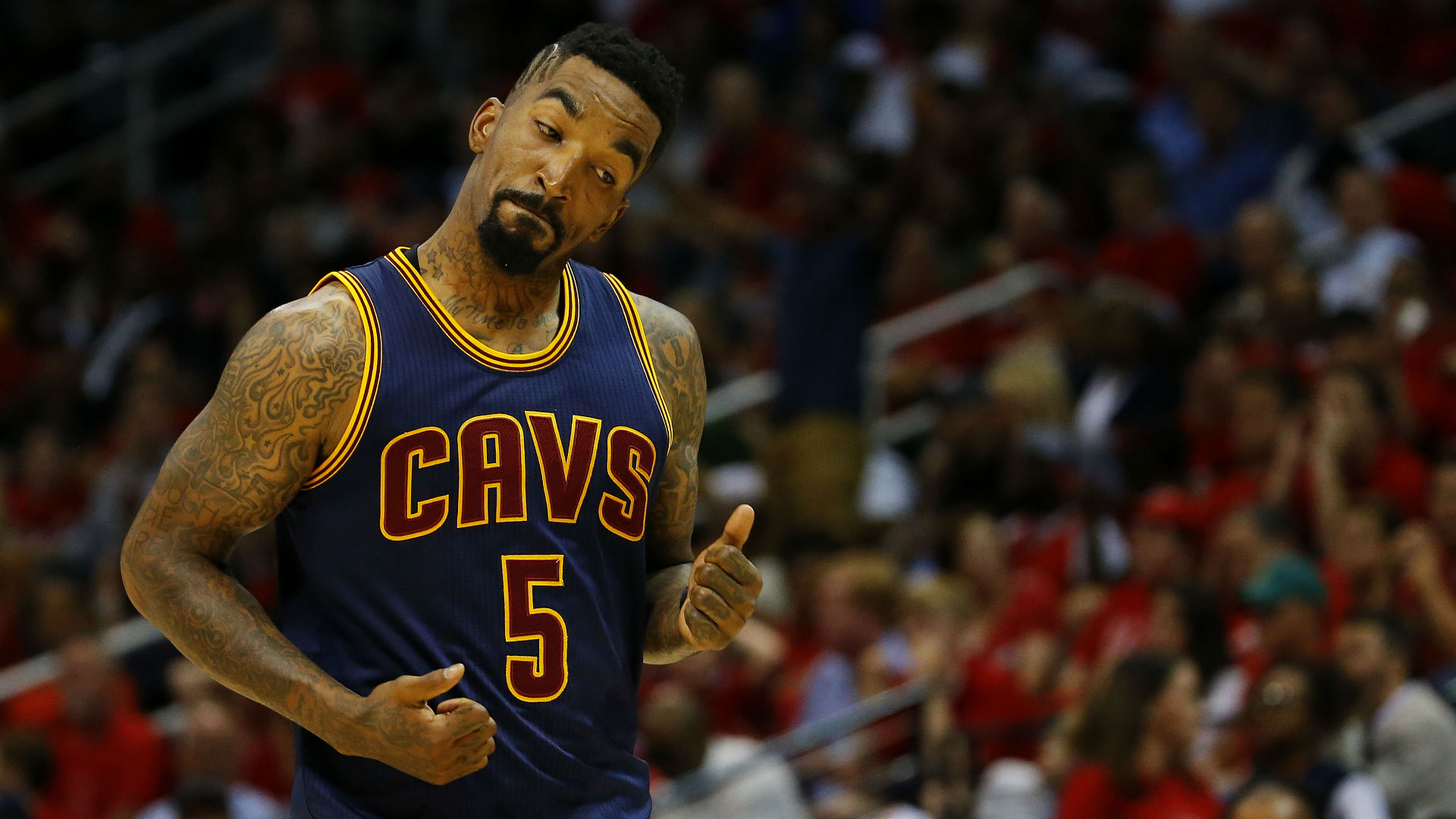 Cleveland has some problems.  Not just ‘how does an industrial city survive in an information society’, but bigger problems like ‘where do you hide Kyrie Irving on defense against the Warriors?’  The notion that Cleveland will be able to “stop” the Warriors is a fantasy.  In game 1, the Warriors were held to 104 points (HELD TO 104 POINTS!) which is mostly a function of the Warriors missing open shots.  Cleveland’s only hope in this series is to outscore the Golden State Warriors.  It’s a strategy that could work (but won’t) if Cleveland’s most important player steps up.  That’s right, I’m talking about JR Smith.

Here’s Cleveland’s offense in a nutshell: LeBron/Kyrie (usually LeBron) gets the ball and drives to the basket.  If the defense stays home he goes for a layup or tries to draw contact and because he’s LeBron all contact is Contact.  If the defense collapses on him, he kicks out to an open shooter who puts up a 3.  In game 1, as a team, Cleveland shot .333 from 3 on 21 shots.  That’s not enough.  If Cleveland wants to keep pace they need to shoot like they did in the playoffs.  And to do that, they need the ultimate series from Mr. Hot and Cold.

JR Smith has a few games a year when he looks like Ray Allen.  He also has a few games a year when he looks like he shouldn’t be in the league.  He was 1 for 3 in game 1, and that’s fine for a Tuesday night in Milwaukee in February.  But this is the finals.  If Cleveland is going to have a chance in this series then they need the JR Smith to turn into the JR Smith that burned the Atlanta Hawks to the ground.  They need JR Smith to jack up 28 footers with a hand in his face that hit nothing but twine.  JR can get there, he can also turn the ball over 25 times and jack up 28 footers that clang off the front of the rim.  We’ve all seen those games where JR hits a 3 early and starts to feel himself, when that happens it’s like something clicks in his head.  He thinks he can’t miss.  He can’t be stopped.  He might even feel like he can’t die.

Early in the first half: I noticed LeBron drove to the basket as per usual.  Iggy was able to stay in front of him, Bogut rolled over to help and Draymond stayed home on Love.  That’s exactly what GSW wants.  They can live with that because Iggy is a good enough defender to make LeBron work, and Draymond can keep a hand in Love’s face (Love was 2 for 5 from 3).  The X factor here is JR.  If Klay or Steph comes in to help on a LeBron/Kyrie drive then JR is going to be open and if JR morphs into I-can-never-die-JR-Smith then Cleveland has a chance.  If not, well, it was a good season fellas.

There’s another reason why JR is so important in this series.  Kyrie Irving is a disaster on defense.  If you’re a bad perimeter defender, Steph Curry will eat you alive.  So what do you do?  Switch him on Klay?  Have fun with that.  Move him over on Barnes?  Maybe, but you’d better hope Barnes doesn’t wake up.  But now the problem is how are you handling GSW’s guards?  Somebody has to guard the splash brothers, and that’s you JR.

It seems insane that a team with LeBron, Kevin Love, and Kyrie Irving will rely JR Smith to save them at both ends of the floor.  But that’s where we are.  The problem is if Kyrie is going 1 for 4, or Channing Frye going 0 for 1, then somebody on this team is going to have to get hot if they want to have a chance.  They also need to figure out that whole ‘industrial town in an information society’ thing, but that can wait until after the finals.