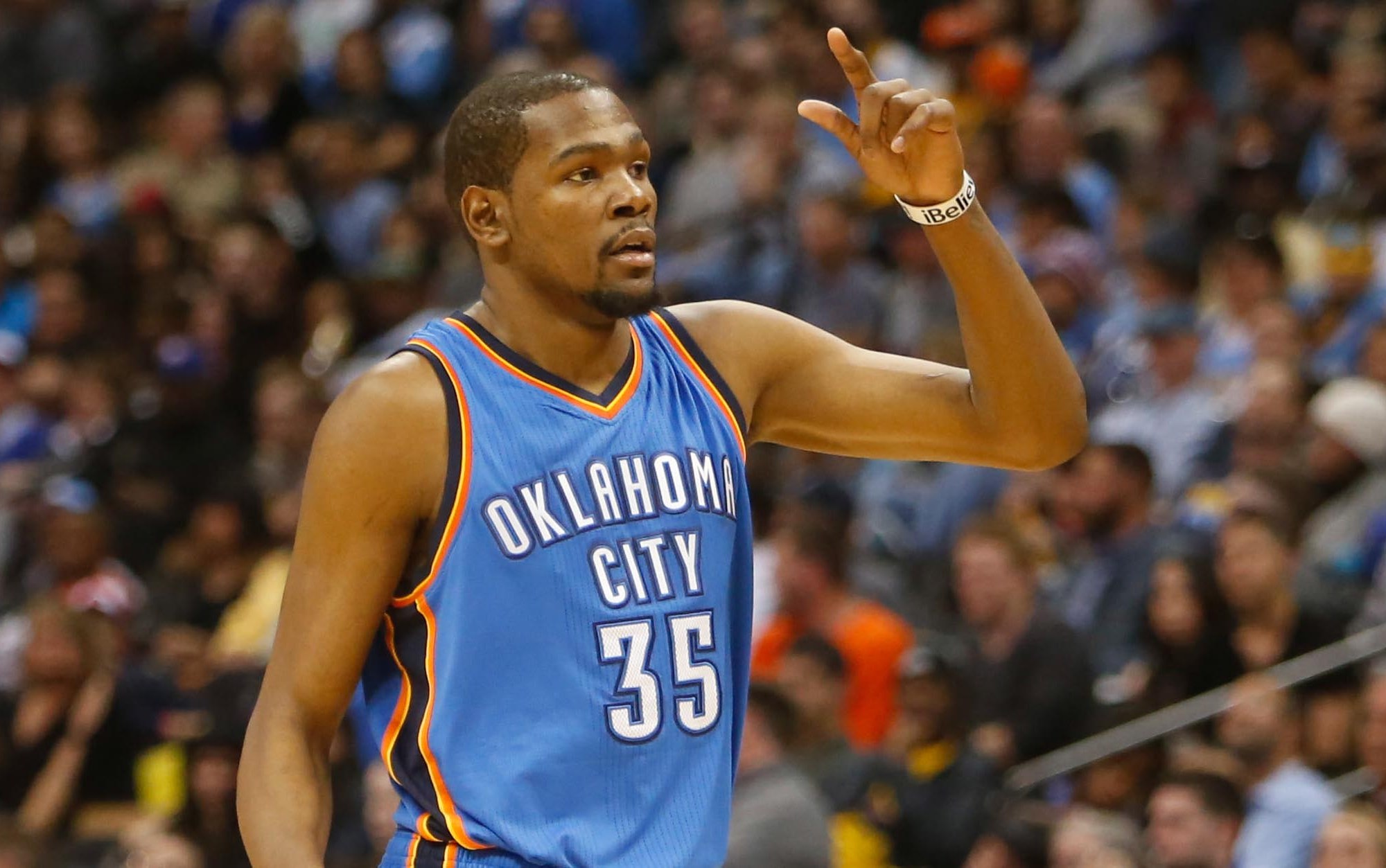 Now that we’ve got that out of the way, please please please DON’T go to the Warriors KD!  We’re begging you!  It wouldn’t be the worst thing that ever happened, but it would definitely suck.

I am not a resident of Cleveland Ohio, or Ohio in general.  I have no love for the city my Cincinnati friends refer to as “the mistake by the lake”.  However, I was genuinely bummed when LeBron left Cleveland for Miami.  I didn’t want to see him, Wade and Bosh form their own All-Star team (well, two all-stars and good player).  I wanted to see LeBron create his own death star, I wanted to see a team built naturally.  I was similarly bummed when he went back to Cleveland and immediately began pulling strings to bring in Kevin Love.  The idea of “let’s just sign the biggest names out there” for some reason doesn’t seem as fun to me.  I like it when teams have weird flaws or players who seem random.  The idea to just put as many super stars on a team and dominate the world feels a little like putting in a cheat code.

This is part of why half of Europe hates Bayern Munich.  Bayern has so much more money than any other team in the Bundesliga, that they just buy the best players from their rivals in order to build their super team.  A team like Borussia Dortmund, invests in young unknown players, coaches them up and turns them from prospects into stars, and then Bayern swoops in and pays them lots and lots of money.  It happened with Robert Lewandowski, Mario Goetz, and will happen this summer with Mats Hummels.  This strategy makes perfect sense for Bayern.  If money is no problem why not just buy the best players you can find?  It makes Bayern a fun team to watch, but it’s hard to feel anything but hatred toward them.

Furthermore, it is way more fun when the stars are spread out and playing against each other.  Again, if you’ve ever watched German football, it’s Bayern on top, with Dortmund chasing them (and usually failing) and then every other team is just sort of trying to steal a win here or there.  Seriously, how good were the Western Conference Finals?  How great was it to watch OKC and GSW fight to the death?  The amazing thing about that Steph-dagger-3 was that he shot it over Kevin Durant.  Imagine if instead, KD was on the Warriors and they just burned through an overachieving OKC team with Westbrook going insane and scoring 75 points only to lose by 30.  Watching a Steph-KD-Klay team crush the Western Conference’s will to live, would be fun to watch for a day or so, but it wouldn’t be nearly as good as another 7 game OKC – GSW series.  With KD pissed as hell that they lost last year and vowing to never let it happen again.

If KD decides to go to Golden State, then the Warriors will be America’s Bayern Munich.  A team that starts Steph, Klay, KD, Draymond, and Bogut is going to burn through the Western Conference and slaughter LeBron in the finals year after year until injuries pile up, the players get sick of each other and leave, LeBron kills someone on the court, or the sun explodes and kills us all.  Super teams are fun to think about, but I’d rather watch two great teams fight to death.  I want to see Steph shoot over Durant, I don’t want to see him pass to a wide open Kevin Durant for 3 that puts Bayern Golden State up by 40.