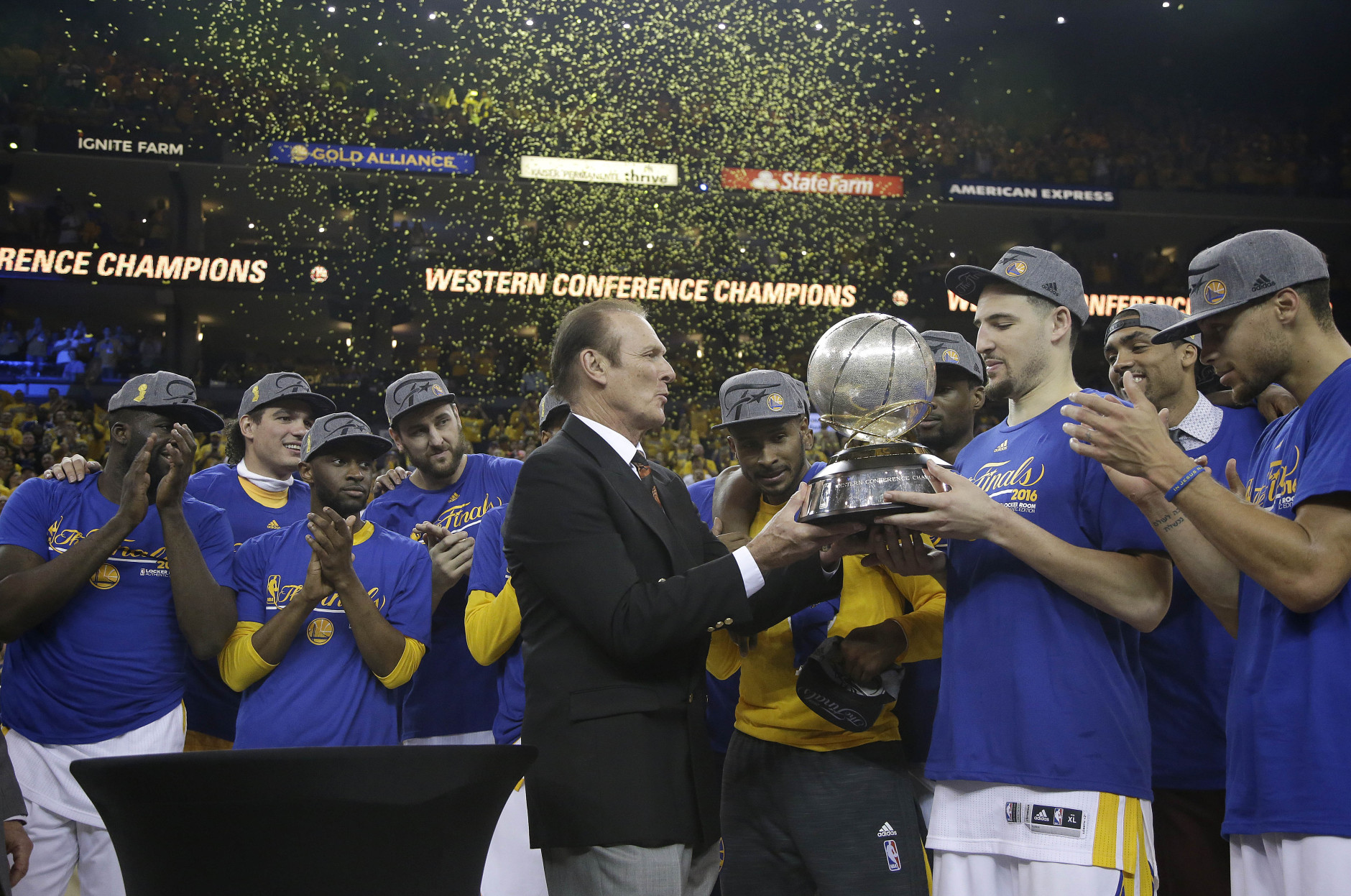 One week ago, there was a dark cloud hanging over the Bay Area. The Warriors were coming off a second straight blowout to the Thunder and were facing a 3-1 series deficit, a hole that only nine teams in history have ever climbed out of. Sportswriters and fans buried the team; the historic 73 win season was going to be a waste. But we all should have known what was about to happen.

Game 5 at home was almost a given, yet was still a little too close for comfort. 120-111. Down 3-2. Then it was on the Oklahoma City where the Dubs had lost their last two games by a combined 52 points. Down 13 early in the game and by 8 in the fourth quarter. No big deal. Eleven 3-pointers from Klay Thompson later, and the series is tied 3-3. Back to Oakland for game seven. And even when the Warriors were down 13 early, we all saw it coming. Steph did Steph things and the Warriors ran away in the second half to clinch their second straight trip to the Finals.

Performances like this should be surprising, but they just aren’t anymore. Steph Curry and company have taught us that really nothing is impossible.  They may not win a second straight title, but this team is historic in more ways than one. Congrats to all of us who get to watch this team play at least four more games.