In 20 years, I have finished elementary and middle school, graduated from high school and college, gotten married, adopted a dog, and bought a house. When Kobe Bryant’s career started, I had two siblings; I now have four. More than half of us are married and only one is still in high school. When Kobe was drafted, I had been to 1, maybe 2 Georgia football games; I have now been to 101 straight home games and who knows how many total games. It would be 6 years before I lost my grandfather, Papa Gugu, and that is where my Kobe story starts. 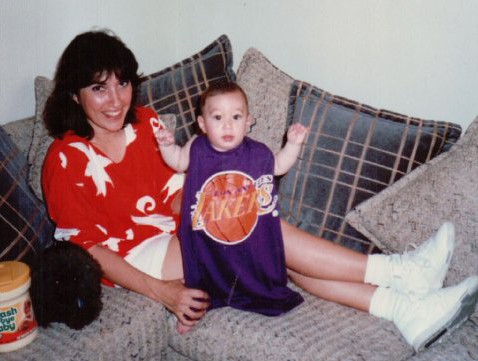 Growing up, there was always a lot of change in my life. My parents got divorced when I was 6 and I moved from Arizona to Georgia with my mom and sister when I was only 7. The next many years of my childhood consisted of new parents, new siblings, and traveling back and forth between the two states to spend time with each and all of them. Houses were sold; cities, schools, and friends were left behind. One of the only constants in my life was and remains to be my love for basketball, and my heart has always been with the Los Angeles Lakers.

My mom grew up in the LA area, and her and my grandfather went to games together for the majority of her childhood. If there is one thing I always had in common with each of them, it’s that we love basketball, especially the Lakers. Their love for the Lakers grew with the likes of Jerry West and Elgin Baylor dominating the league and continued in the 80’s with Magic and the Showtime Lakers. I remember them being devastated when Magic announced he had HIV and was forced to retire after the 1990-1991 season. The next four years were tough, without a real superstar to cheer for, until Magic came back in the 1995-1996 season for one last hurrah. That season was great, if only for nostalgic purposes. It was just great having a flashy superstar on the court. I will always remember that season and like to think of it as the bridge from the old Showtime Lakers to the new Showtime Lakers. In that very next offseason, the Charlotte Hornets would draft high schooler Kobe Bryant with the 13th overall pick, only to immediately trade him to the Lakers in a move that would change my life forever.

If you read this blog at all, you probably know what Kobe accomplished during his career, so I’m not even going to talk about the stats, the accolades, and the championships. This is about what Kobe meant to me during the last 20 seasons.

I have always been very close with all of my grandparents, talking to them often even if we lived far away. I enjoyed hiking, exploring, and Arizona basketball with my paternal grandparents, and I enjoyed swimming, traveling, and Lakers basketball with my maternal grandparents. I started calling my mom’s dad Papa Gugu when I was a baby and that just sort of stuck. Him and my grandmother moved to the United States from Argentina when my mom was a baby, and they had to work for everything they ever had. Papa Gugu was passionate about everything in his life; his family, his friends, his work, and his basketball. As a belated 5th birthday present, Papa Gugu and Mama R took me to Disneyland in the summer of 1992. We spend the week visiting with family and friends and enjoying the park, but that’s not even what I remember most about that trip. The NBA season was already over so there were obviously no Laker games in town. That didn’t stop Papa Gugu from taking me to the Great Western Forum so I could see the magic kingdom where the mighty Lakers played. I will always remember just standing and staring at the great structure and falling in love with the Lakers right then and there.

After moving across the country to Atlanta in 1994, we would still come back to Arizona to spend the summers with my dad. It was around this time that I really started loving and playing basketball myself. Once I got old enough to really know how to play, Kobe was starting his Lakers career. And while I knew I couldn’t run or jump or play like him, I learned how to be tough and stubborn and sometimes an asshole like him. I couldn’t imitate his dunks on the court, but I should could imitate his tenacity and drive to work harder than anybody else. People who don’t watch the game closely always look at Kobe as a selfish player, but I see it a different way. Kobe just wanted everyone around him to succeed and he knew that he was the one to lead them there. This eventually would carry off the court into my school work and relationships with friends and family. I have always been stubborn to the point that I would do whatever it would take for not only me to succeed, but for my friends and family to succeed as well; and I thank Kobe for this.

Family vacations at the beach were spent watching the Lakers in the playoffs. For a couple weeks a year, summer nights with my dad were interrupted every other day so that I could watch the NBA Finals. In 2000, the Lakers would start a run of three straight championships, and these years were fun as hell. After every playoff game I would hop on the phone with Papa Gugu and celebrate a victory or curse a loss. The Lakers would win their 3rd straight title in June 2002, just days after I was told he was diagnosed with cancer, just days before I would get to see him for the last time, and just weeks before he would pass away.

When Kobe and company rose back to prominence and won the title in 2009, I was lucky enough to be watching with my mom. I had just graduated college and was living at home, and when the final seconds ticked off and Kobe jumped in the air to celebrate, I was able to embrace my mom and we were able to cry and remember Papa Gugu together. We knew he was pumping his fist and yelling and screaming up in Heaven.

And tonight, when Kobe takes the court for the last time, there will be tears in my eyes as I watch and remember the last 20 years of my life and what Kobe and the Lakers have meant to me. I will think about all the great things that those years brought me. I will think about the love that being a Kobe fan has taught me. And that’s really what it’s all about isn’t it? Thank you Kobe. Thank you for everything. I love you. 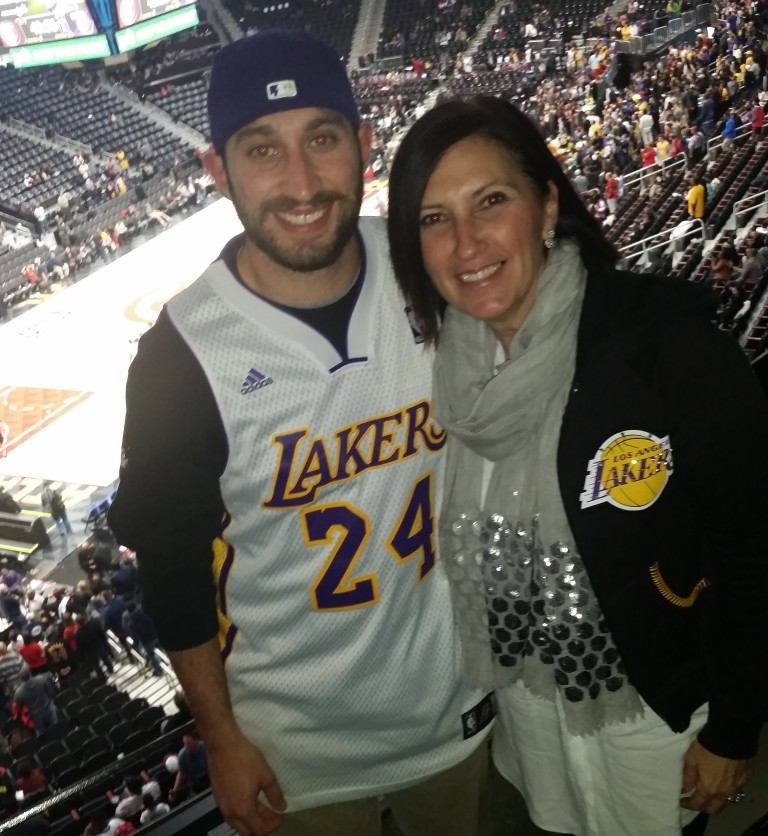