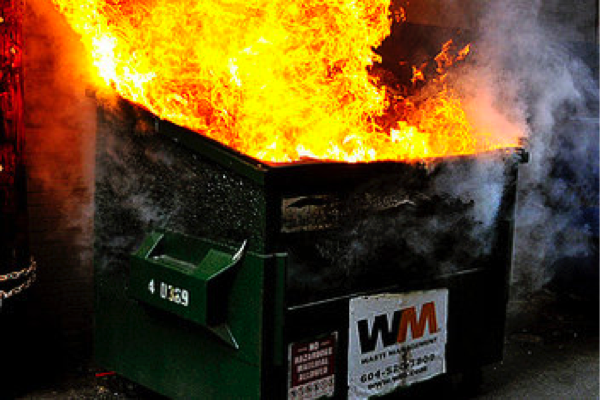 On the morning of March 5th, I made the bold prediction that the Sacramento Kings would be in the running for the western conference’s final playoff on the last day of the season. At that point they were in 10th place, only 2.5 games out of 8th. Well since then, they have gone 1-7 (their only win coming against the Lakers) and are now 7.5 games out of that playoff spot with only fourteen games remaining. They are officially on fire. Not in the good way; more in the dumpster sort of way.

This team has so many problems it’s impossible to count. They don’t play defense, they don’t rebound, and they don’t like each other. At this point, it might have been easier on the fans if they would have just moved like they have been rumored to seemingly every year for the past ten. Even Kings announcer and all-time great Doug Christie has lost his mind and his patience with this team:

The only way for this team to move forward after this season is to decide if they are a Demarcus Cousins team or a George Karl team. It is no secret that these two guys hate each other, with all of this peaking last week when Boogie was suspended for a game for yelling and berating Karl during a timeout. Kings fans and NBA experts I’m sure have their opinions, but there is really only one option here: Go all in on Boogie. This dude is a top ten NBA player right now and has the potential to easily be top five. He is young, he is big, and he is just crazy enough to keep the fans engaged during a rebuilding period. Meanwhile, George Karl is an old and overrated coach who has only made it out of the first round of the playoffs one time since leaving Seattle eighteen years ago.

This coming offseason is a big one for the Kings. They have some money to spend and some big decisions to make. Let’s see what GM Vlade decides to do. And no matter what happens the rest of this season and into the next, at least the fans have a Curry to watch every night…

One thought on “Sacramento is on fire”