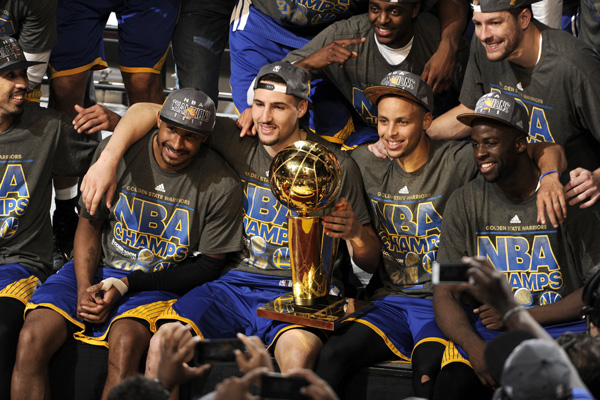 1. The Kings will (maybe) make the playoffs.

So, I’m starting off with the craziest of the predictions here. As of the morning of March 5, the Kings are in 10th place in the Western Conference, 2.5 games back of the Jazz and 4.5 games back of Houston. The rest of their schedule is relatively easy, their remaining opponents winning percentage hovering around .450. With a healthy Boogie and Rondo pulling off his magic, this team will go on a run in March. And on April 13th, they will play in Houston with the 8th and last playoff spot on the line.

2. The Lakers will not draft anybody in the first round.

There are two ways this can happen:
a) They will trade the first round pick for Boogie or Westbrook or someone awesome.
b) They will draw the 4th pick in the Draft Lottery, thus losing the pick to the Sixers.
Obviously, it will be because of option b, because I can’t have any nice things.

3. The Clippers will go to the Western Conference Finals as the 3 seed.

They are playing great right now and the Thunder are not. Blake Griffin will come back and spark a late run to overtake OKC for the 3 seed. Tim Duncan and Tony Parker will retire due to old age before the playoffs start, and the Clippers will easily take down the Spurs. The “I can’t have any nice things” applies here as well. A good Clippers team isn’t good for anybody.

4. The Warriors will win all of the things.

The Dubs will end the season with 75 regular season wins and zero home losses. They will breeze through the playoffs and avoid playing LeBron in the Finals. They’ll easily eliminate the Raptors for their second straight title. Steph Curry will win his first Finals MVP and second straight league MVP and Steve Kerr and Luke Walton will share the Coach of the Year trophy.